Musing Monday - Maze Runner book vs. movie & what book would I re-read

I've been meaning to get around to reading James Dashner's Maze Runner series for years, since about 2010; when I was in Teacher's College because that was during my big YA dystopia phase, but I never did get around to it. When Flavia the Bibliophile posted about bookoutlet.ca last month I decided to check it out, and about $70 later I had 12 new books, Maze Runner and Scorch Trials both among them because they were really cheap so I thought, why not, since I'd been wanting to read them for so long. Added bonus being that with Maze Runner I could check off a couple of more boxes on both of my reading challenges. Maze Runner fulfilled the dystopian novel category of the PopSygar challenge, and then I realised that if I watched the movie and wrote a blog post about it I could fulfill the "read a book that was adapted into a movie, then watch the movie. Debate which is better" challenge. I was originally thinking I'd write a dedicated blog post to debating which version of Maze Runner was better, but then I realised it would actually make a pretty good Musing Monday post.

Let's get into it then, I read Maze Runner from July 27-31, and I did enjoy it. I didn't love it, but it was a good, pretty quick read and it did leave me wanting to read the second one to find out what happened. Honestly some of the characters were annoying, and some weren't really fleshed out enough. Thomas and Teresa being the main two that didn't feel quite fleshed out enough to me, which is disappointing mainly because Thomas was the main character. I'm sure they both get more fleshed out in the sequels. Gally was a super annoying character in the book. He was a jerk, and a bully, but he also made a few good points that were ignored by other characters, mainly because of the aforementioned jerkiness. What Dashner did really well in the book, in my opinion, was setting the scene; he really did a good job of describing both the glade and the maze, I could build a really good mental visualisation of the world that the boys and Teresa were dealing with. Overall, to me, the book felt kind of like if Lord of the Flies and the Hunger Games had a baby, and I like that. 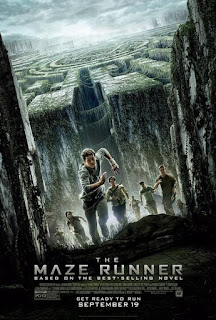 The movie on the other hand...well I honestly couldn't even finish watching it it was just that disappointing to me. From the very beginning it was just super obviously different from the book to anyone who had read the book first. I get that it can be really hard to translate a book that is mainly in the perspective of the main character into a film, but it is doable, my earlier example of Hunger Games is another good example to call on here. It gets right down to specifics though, like, most importantly, changing the order of certain major events in the book, even changing how certain things happened. They also definitely changed some of the characterisations. Alby in the book is A LOT
more gruff and standoffish in the book than he is in the movie, in the movie he treats Thomas as a friend right from the get go. The main characterisation difference though has to be in Gally, now
maybe it's just my soft spot for Will Poulter, but Movie!Gally was a hell of a lot more likable and sympathetic than Book!Gally, at least up to the point that I reached before deciding I couldn't take it anymore. One of the big deals in the book was that Teresa showed up only a day after Thomas, but that was not at all the order it played out in in the movie, in the movie Teresa showed up AFTER another key major event happened to Thomas. Another change they made that kind of annoyed me was the incident with the first greiver that Thomas kills, they changed the way that it happened and the problem with that is the was the way it happened in the book was the seed of the idea that eventually led to them getting out of the maze. It should be pretty obvious by this point, but I will say it definitively: the book was better than the movie. It was honestly like Eragon all over again for me.

THIS WEEK’S RANDOM QUESTION: Name a book that you hope to re-read some day. 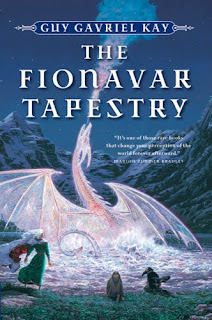 This is a hard question for me actually. I know there a lot of readers out there who frown upon re-reading or say re-reads don't count. I am most assuredly NOT one of those readers. I unabashedly re-read any book that I want to, and I unapologetically count those re-reads in my yearly reading challenges. When the Harry Potter series was still being published I re-read the entire series right before each new book was published, so at this point I've probably read Philosopher's Stone a good dozen or so times, and same goes for Outlander because I enjoyed it so much. Earlier this year I spent about a month or so re-reading 12 of Gena Showalter books just so I could get caught up for the newest book in her series; which at the moment actually accounts for 25% of the books I've read so far this year. So really, it's easy to see that when I want to re-read a book, I just do it. But actually, now that I really think about it there is one trilogy that I would like to get around ti re-reading some day. Guy Gavriel Kay's Fionavar Tapestry which includes The Summer Tree, The Wandering Fire, and The Darkest Road. I originally had to read it for a class in my last year of undergrad at university, Tolkien and Fantasy, so it would be really nice to reread it for pleasure instead of thinking about how I can write a paper related to it.

I wonder if I could get away with counting it for the "a book set in your home state province" part of the PopSugar challenge, I mean it's MOSTLY set in Fionavar, but it at least starts, and has a few other scenes in Toronto, Ontario...it would give me an excuse to reread it this year!

Posted by Lauren Bourdages at 03:11